The Permafrost Young Researchers Network (PYRN) is an international organization established under the patronage of the International Permafrost Association (IPA) fostering innovative collaboration, seeking to recruit, retain and promote future generations of permafrost researchers. Initiated during the 4th International Polar Year (IPY), PYRN directs the multi-disciplinary talents of its membership toward global awareness, knowledge and response to permafrost-related challenges in a changing climate. PYRN was officially founded in November 2005 at the International Conference on Arctic Planning (ICARP II) and grew steadily since then to now reach 1196 permafrost researchers and educators in the world on behalf of the International Permafrost Association. It built partnerships with large organizations such as Climate and Cryosphere (CliC) and the IPA, and got acknowledged by the IPY as an official activity.
PYRN is now developing innovative activities based on the needs of its members and tries to open new paths. To do so, it has multiplied actions aimed at building up the community (workshops, meetings, etc.) and will now aim at improving the curricula vitae of its members by furthering transdisciplinary activities. 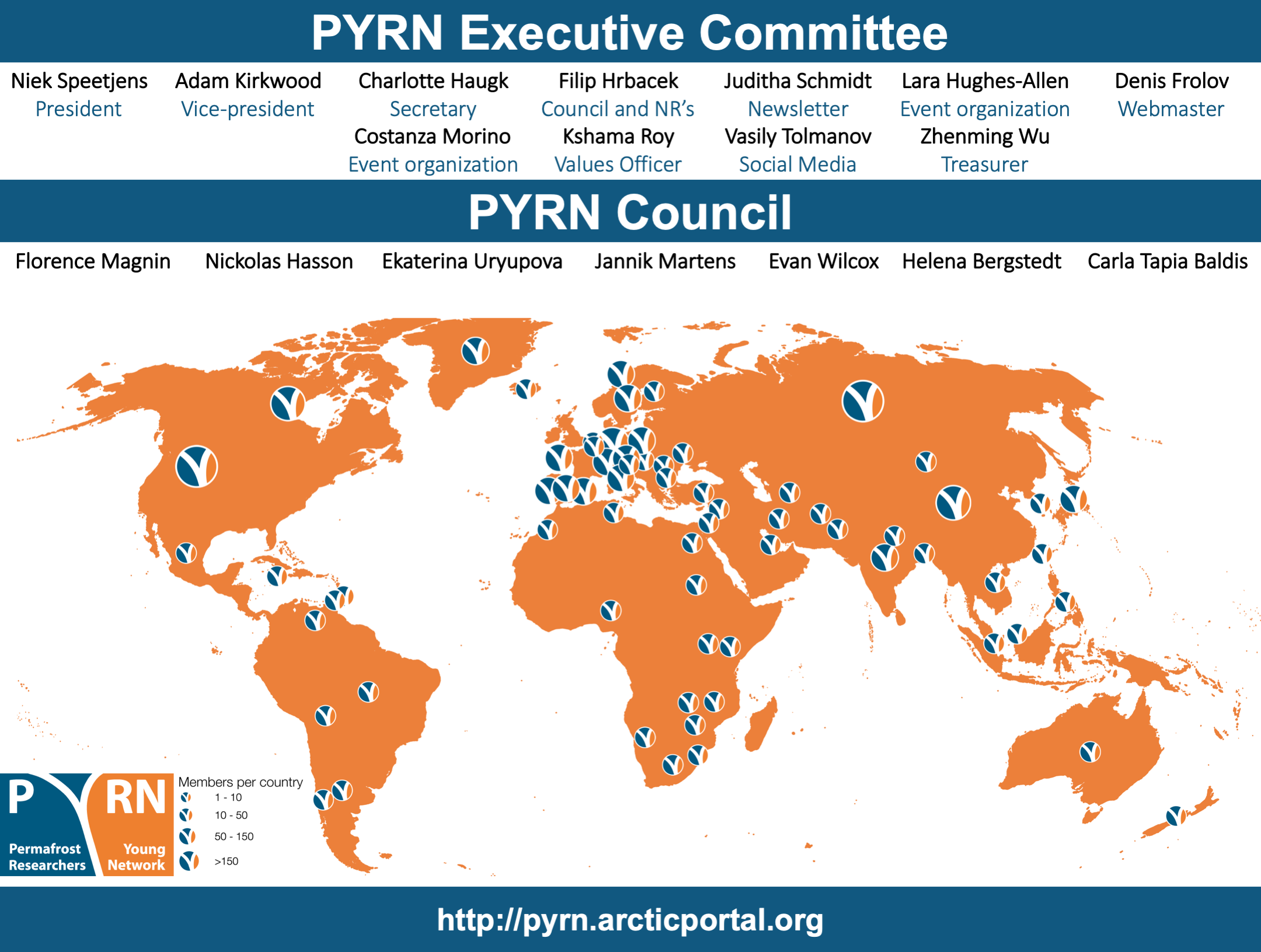