In the framework of the 7th annual meeting of the working group permafrost (AK Permafrost) of the German Society of Polar Research more than 25 young researchers from Germany, Switzerland and Austria came together for a PYRN DACH meeting. Since 2013, PYRN unites German speaking members under the international roof of PYRN DACH (Deutschland/Germany, Austria and Confoederatio Helvetica/Switzerland). The PYRN workshop on “10 steps to write and publish a paper” held by Tress&Tress on October 24th 2014 was kindly and fully funded by the IPA. We learned that defining objectives, co-authors and audience are some of the first steps to take. Further on, writing for at least 30-60 min a day is as crucial as structuring a manuscript clearly and well-focused. Finally, the editing phase is very important and shouldn`t be underestimated (Tress et al., 2014). PhD student Matthias F. acknowledged the course as “very encouraging” and even felt “like start writing a paper right away”. Also Clemens H. “profited very much from the enthusiastically imparted expertise provided by Tress&Tress”. Others “appreciated the clear structure and the amazingly refreshing way to communicate the dos and don’ts of paper writing” and declared the seminar as “very dynamic” and “inspirational“.

After a motivating and inspiring workshop, we enjoyed 2 days of presentations and posters on lowland and mountain permafrost hosted by the Landslide Research Group at the Technical University Munich (TUM). Among topics on linking periglacial bio- and geosphere, we discussed new techniques in permafrost investigation and time scales in permafrost system change and adaptation. The pre-meeting excursion to the Zugspitze permafrost outdoor lab and landscapes produced by the retreat of the Isar-Loisach Glacier was led by Michael Krautblatter (TUM). Here, we vividly experienced permafrost science in a tunnel crossing the German-Austrian border and learned: There is more permafrost in the Alps than previously thought! 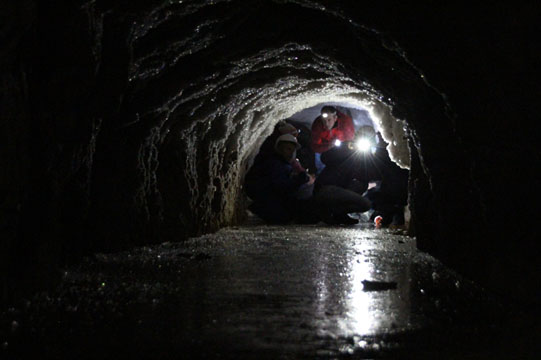 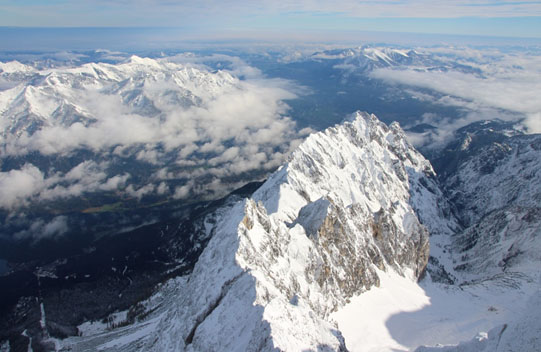 View north-east from the Zugspitze into the Höllental (“valley of hell”) and the city of Garmisch-Partenkirchen/Germany. Thawing of the permafrost affected Wetterstein limestone could cause a significant environmental impact like the the Eibsee rockfall 3,700 years ago (Photo: Josefine Lenz). 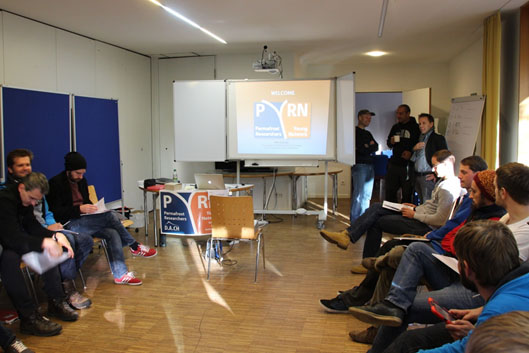 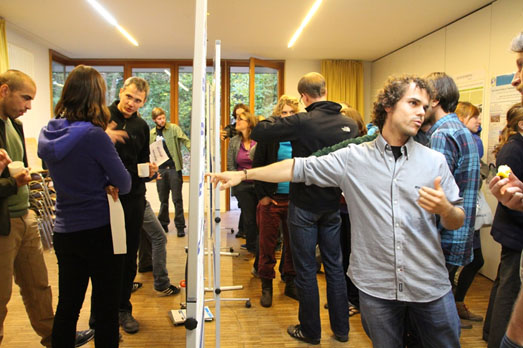 Not only was the poster session at the 7th annual meeting of the working group permafrost (AK Permafrost) dominated by early career researchers. Also presented talks were dominated by PYRN DACH members taking advantage to discuss their latest results (Photo: Josefine Lenz).