In the wake of the second European Conference on Permafrost held in Potsdam, Germany in June 2005, Hugues Lantuit, PhD student at the Alfred Wegener Institute for Polar and Marine Research, suggested to the president of the IPA, Jerry Brown, to create an organisation of young researchers involved in permafrost studies. Fruitful discussions continued during the summer and led to the creation of the Permafrost Young Researchers Network (PYRN) in November 2005. PYRN was officially established as an IPY education and outreach activity of the International Permafrost Association (IPA) by Hugues Lantuit, Margareta Johansson and Oliver Frauenfeld. The network’s main objective was to offer a platform for young permafrost researchers to exchange knowledge and experience through a web 2.0 platform provided by the World Association of Young Scientists featuring blogs, podcasts, videos, galleries, a list of senior scientists, national groups, etc.

The network was led and managed entirely by young researchers and constantly grew to reach a total 800 members from 40 countries in April 2010. With growing success and expectations, the network rapidly evolved to organize much larger activities. It organized a kick-off workshop in Abisko in February 2007 and two workshops on scientific methods in partnership with the Association of Polar Early Career Scientists (APECS) in 2007 and 2008 at the Otto-Schmidt Laboratory in St. Petersburg.

These three workshops brought together more than150 young researchers. In addition, PYRN launched the successfully funded PYRN-TSP (Thermal State of Permafrost) project. The project was conducted in partnership with the IPA and its officially endorsed IPY TSP project. Small teams of young scientists equipped with lightweight drills travelled to understudied areas of the Arctic, Antarctic and mountainous regions, and drilled boreholes to establish temperature monitoring. Results were presented at the major IPY conferences in 2008 and 2010. PYRN also initiated the PYRN bibliography (PYRN-Bib) that inventoried over1000 theses and dissertations completed since the early 1950s by permafrost scientists and engineers. A special issue of the journal Permafrost and Periglacial Processes was organized by PYRN and was successfully released in December 2009 (Christiansen et al., 2007; Lewkowicz, 2009; Bonnaventure et al., 2009). Finally, PYRN organized a series of happenings around the Ninth International Conference on Permafrost in 2008 in partnership with the United States Permafrost Association; the meeting included social events, panels and awards. PYRN was acknowledged as an outstanding component of the IPY legacy of the IPA. 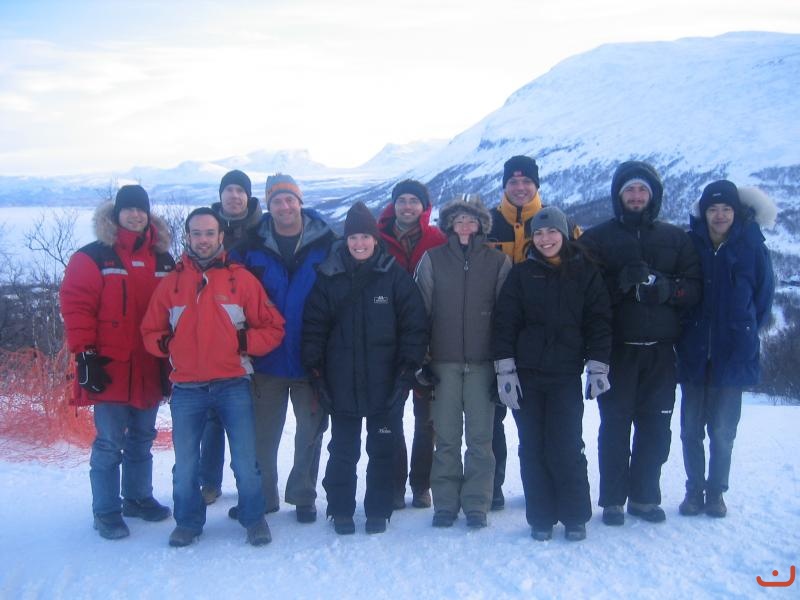