"The future of permafrost in a climate-changing world" short course was organized by the Permafrost Young Research Network (PYRN) on April 24th during the European Geosciences Union (EGU) General Assembly 2017, Vienna, Austria.

The objective of the course were to revise recent research that concerns permafrost in a changing climate in order to:

• Share a multidisciplinary understanding of the role of permafrost in the climate system with young researchers;
• Strengthen international collaboration of early career researchers;
• Enable the participants to put their research into a larger context. 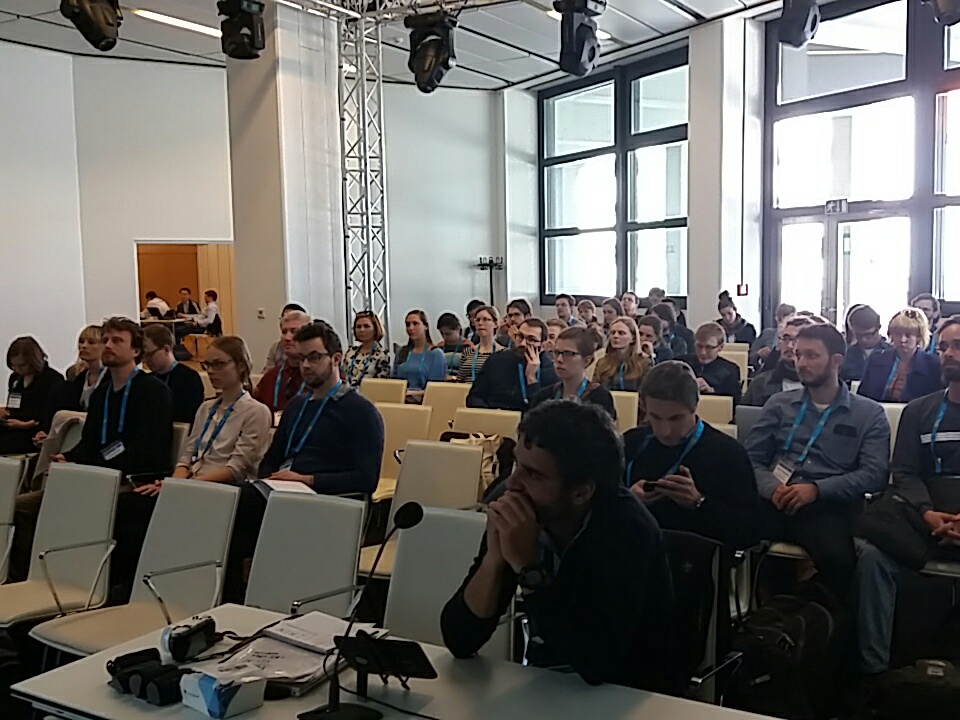 The participants during the "The future of permafrost in a climate-changing world" short course at the EGU 2017. 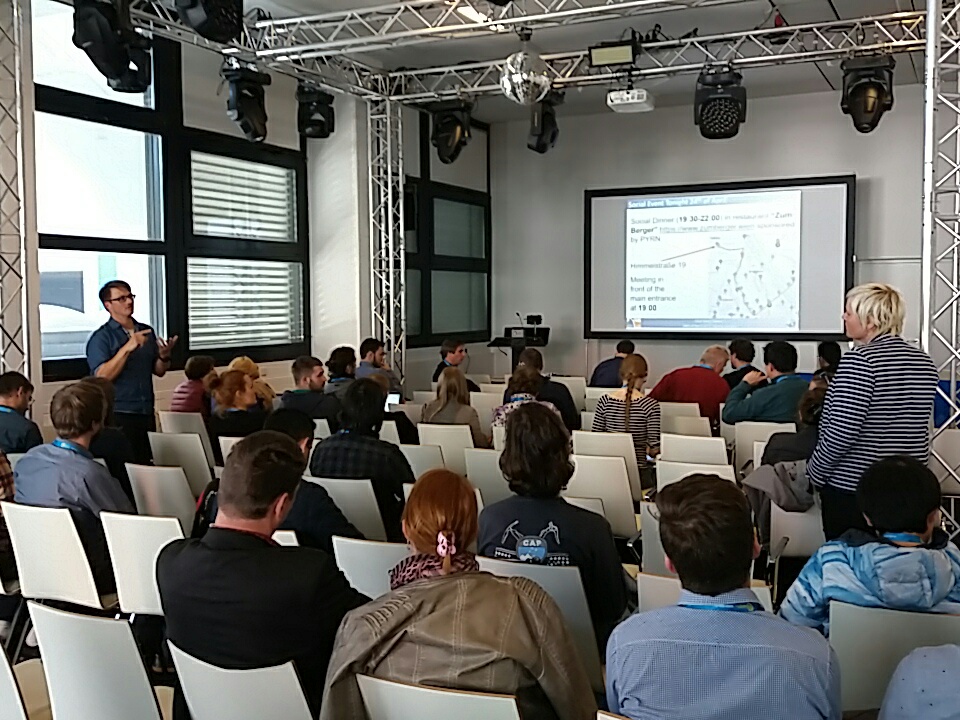 The discussion, initiated by the participants, on suitable methods and approaches in order to research permafrost research priorities.

The course (http://meetingorganizer.copernicus.org/EGU2017/session/25735) welcomed approximately 50 young researchers such as Bachelor, Master, PhD students and Postdocs and was hosted by the Soil System Sciences (SSS) division of the EGU. 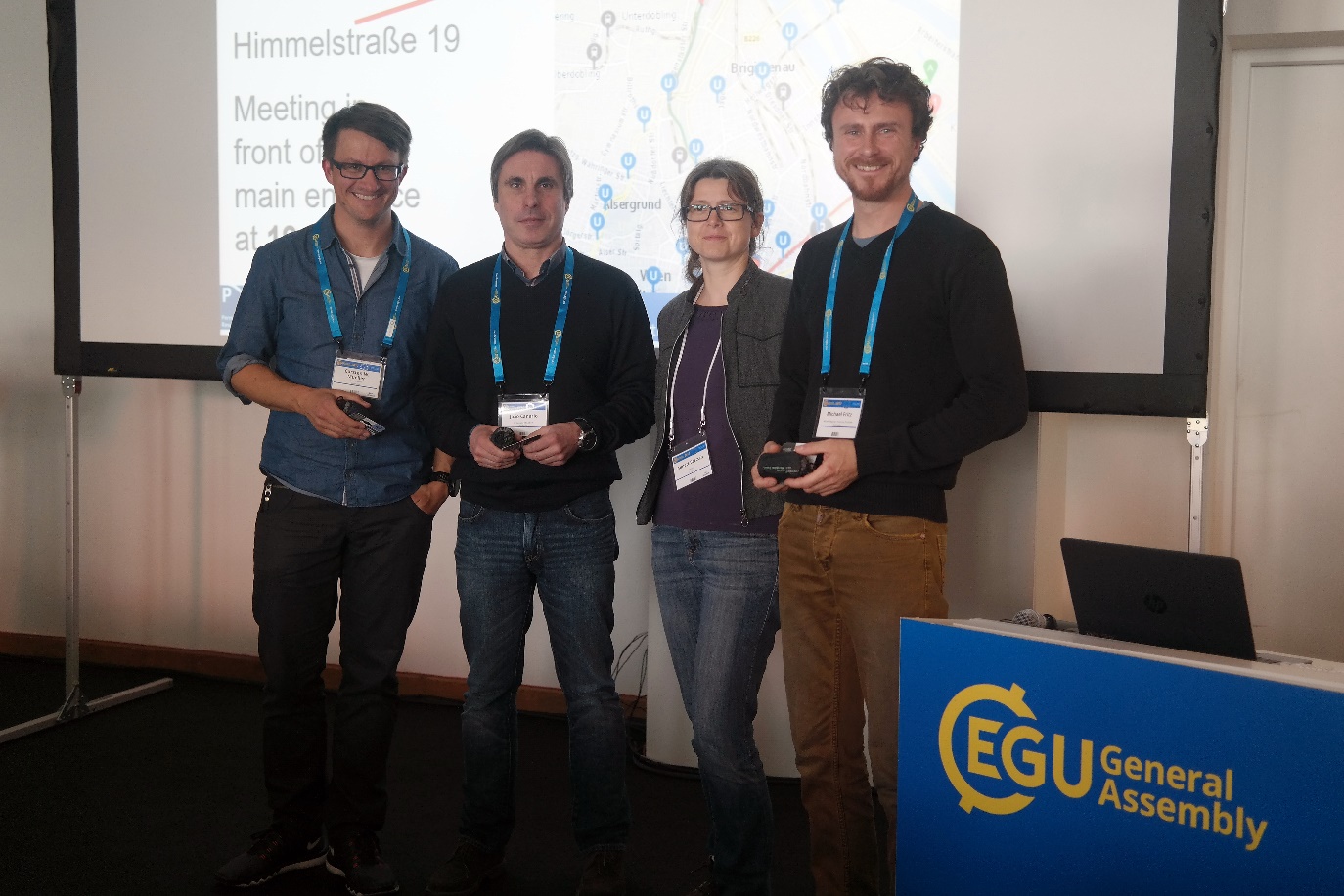 To continue a fruitful discussion, started during the successful PYRN Short Course, a Social Event was held in the evening in a traditional Austrian tavern, next to the vineyards, where the participants were invited for a traditional buffet. The financial support was kindly provided by the International Permafrost Association (IPA). 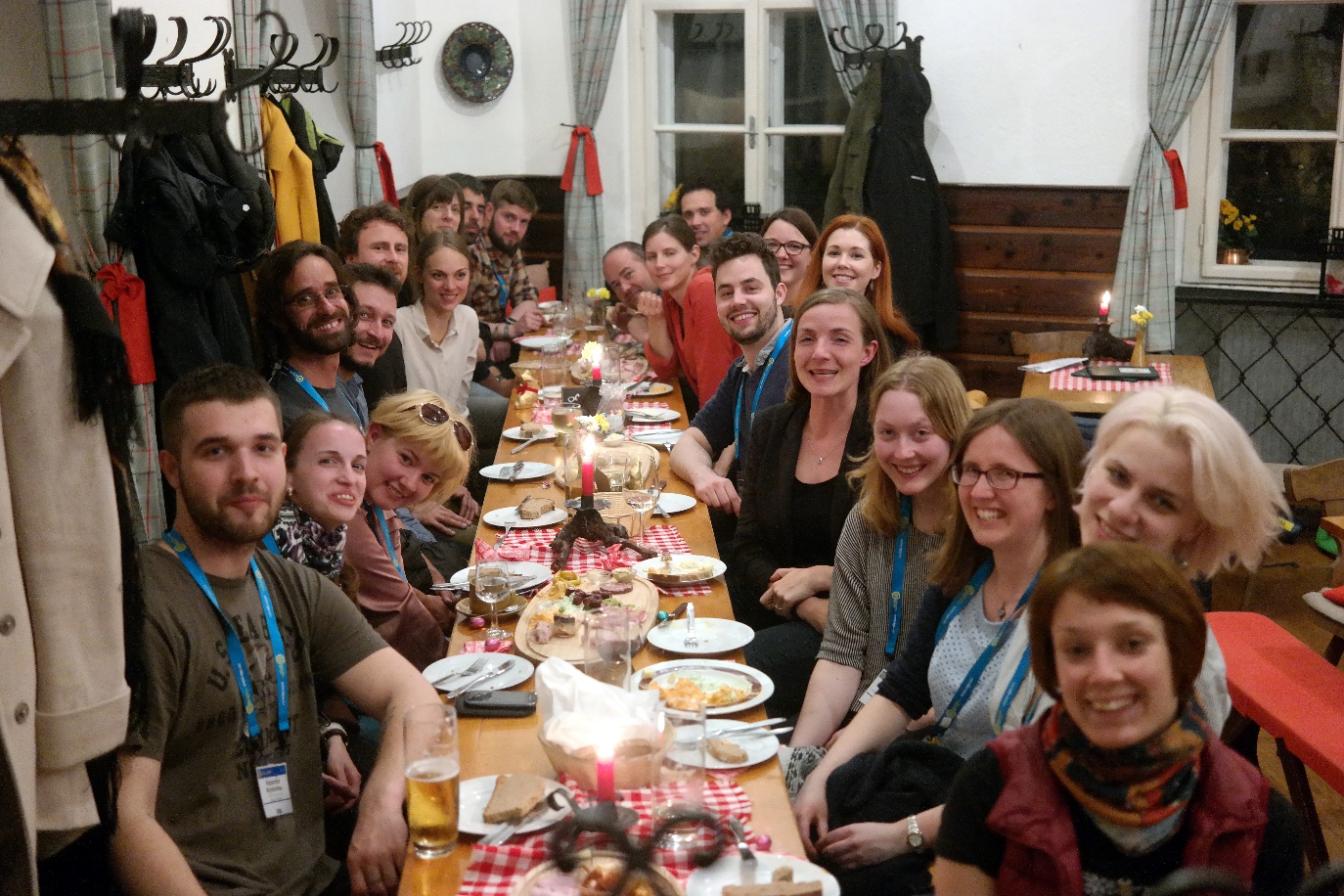 The Permafrost Young Researchers during the PYRN Social Gathering in an Austrian tavern during the EGU 2017.