The Permafrost Young Researchers Network (PYRN) hosted its 2014 Outstanding Presentation Award series at the Fourth European Conference on Permafrost (EUCOP4) in Évora, Portugal (http://www.eucop4.org/), sponsored by the International Permafrost Association (IPA). 32 oral and 15 poster presentations took part in the competition and were judged by two senior researchers each. 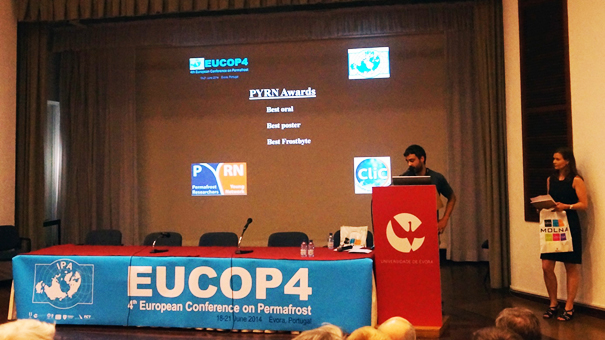 The winners of the PYRN’s 2014 Outstanding Presentation Awards are: 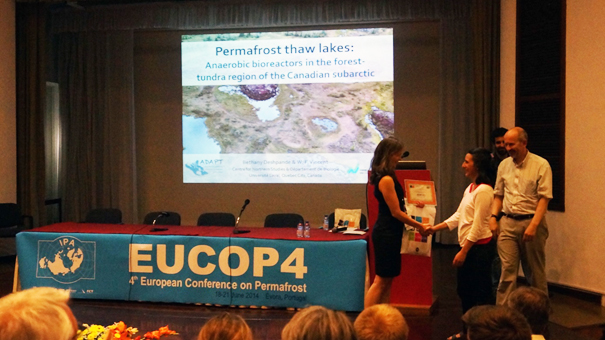 Jana Eichel (Department of Geography, University of Bonn, Germany) for “Interactions between solifluction processes and vegetation on lateral moraines in the Turtmann glacier forefield (Switzerland)” 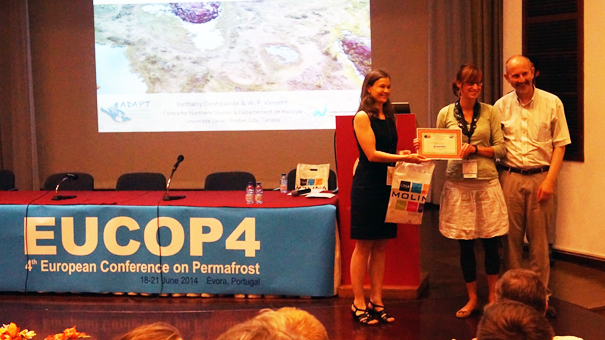 In addition to the regular PYRN-IPA awards for outstanding presentations, this year’s series also included an award for the best FrostByte produced by the participants of the Permafrost Young Researchers Workshop, which was held prior to EUCOP4 (http://www.eucop4.org/permafrost-young-researchers-workshop.html). The production of the about 90 FrostBytes was strongly supported by the Climate and Cryosphere project (CliC), which also hosts the FrostBytes on its website (http://www.climate-cryosphere.org/categories/138-frostbytes).

The winner of the PYRN-IPA Award for Best FrostByte created for the Permafrost Young Researchers Workshop 2014 is: 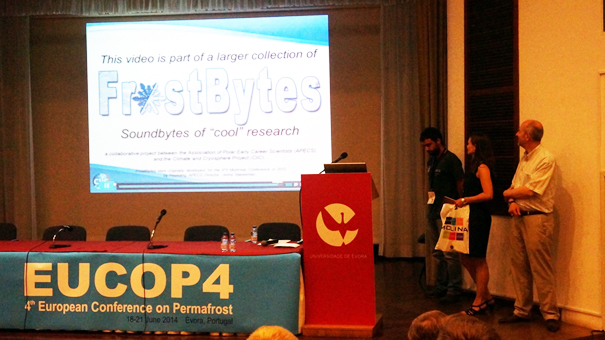 Presentation of the winner FrostByte during EUCOP4 closing ceremony

PYRN congratulates all winners and gratefully acknowledges the generous sponsorship of the International Permafrost Association (IPA), allowing each recipient to receive a cash prize of 250€, together with a framed certificate. PYRN also would like to thank the session conveners and other senior scientists for evaluating the contributions as well as the volunteers on the Awards Organizing Committee.